After the devastating events at Reed’s birthday party, Noelle is determined to put the past to rest, but Reed is adament about rebuilding Billings. Coming up against endless roadblocks from the headmaster, not to mention Billings alumni, Reed will not let her legacy end with a pile of rubble.

As if that weren’t enough, old ghosts come back to haunt to the Billings Girls. Reed has been through the ringer in her time at Easton and she starts to wonder if maybe she can even make it out of this place alive. 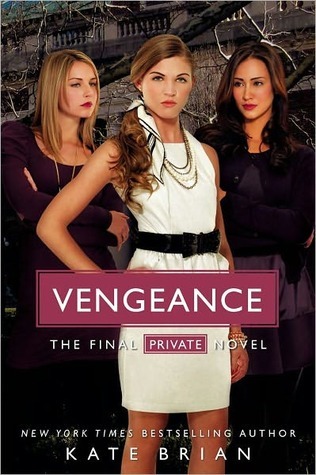 The final book in the Private series. I can’t believe I’ve been following this series for close to eight years. This will be a short review as it’s difficult to mention anything about the fourteenth book in a series without spoiling everything. Suffice it to say, it was a good end to the series.

Overall, this is a great series that I would recommend, especially to people who enjoyed Gossip Girl, Pretty Little Liars, and books like that. It was at times difficult to keep all the story lines and characters straight, but I suspect if you’re starting the series now, it will be easier if you read them all in a shorter period of time, rather than over eight years.

I’m looking forward to finishing the Private spin-off series Privileged. And I can’t wait to see what Kate Brian does next!

← Featured Poem: In a Disused Graveyard
Top Ten Tuesday: Books To Recommend To a Reluctant Reader →