Eudora Welty was born in 1909 in Jackson, Mississippi. In a “continuous thread of revelation” she sketches her autobiography and tells us how her family and her surroundings contributed to the shaping not only of her personality but of her writing. Homely and commonplace sights, sounds, and objects resonate with the emotions of recollection: the striking clocks, the Victrola, her orphaned father’s coverless little book saved since boyhood, the tall mountains of the West Virginia back country that become a metaphor for her mother’s sturdy independence, Eudora’s earliest box camera that suspended a moment forever and taught her that every feeling awaits a gesture. She has recreated this vanished world with the same subtlety and insight that mark her fiction. 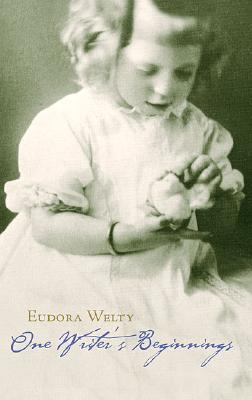 I’m not a huge fan of non-fiction, particularly autobiographies. I would not have picked out this book to read for myself if it wasn’t required.

It was well-written certainly, and the language was good. But I find my books like this really irritating where the author tries to retro-actively ascribe certain events to their development as an individual and writer. It just comes off as super-pretentious at best. This was one of those books where you want to wave your little “I call bullshit” flag.

This book really would have been much better as a straight autobiography, rather than this autobiography/writing memoir hybrid. The bits about her family and childhood and how everyone ended up doing what they did, was interesting. Unfortunately the reflections on her life as a writer took away from the book in my opinion.

It is a pretty short book, which made suffering through it a little more bearable. I do feel bad on some level being so negative about a book written by a Pulitzer winner, but then again, I’m pretty vocal about my dislike of Hemingway, so I suppose it’s all right. They might have lots of esteem and awards, but they’re just people, too, right?

Have you read this book? What was your opinion of it?