SPOILERS AHEAD! STOP IF YOU HAVEN’T READ SHADOWLANDS OR DON’T CARE ABOUT SPOILERS!

Why don’t you ask me a question for my upcoming video post or volunteer to be a beta reader for my book instead? 🙂 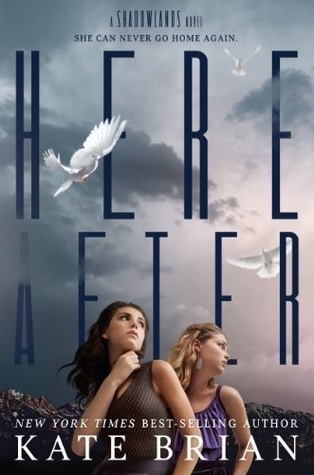 Rory Miller thought her life was over when a serial killer set his sights on her and forced her into witness protection. But a fresh start on Juniper Landing Island was exactly what she and her family needed. For the first time in years she and her sister hang out at the beach, gossip about boys, and party together. She’s also made friends with a local clique–including a magnetic and mysterious boy named Tristan.

But Rory’s world is about to change again. Picturesque Juniper Landing isn’t what it seems. The truth about the swirling fog that rolls in each morning, the bridge that leads to nowhere, and those beautiful locals who seem to watch Rory’s every move is more terrifying than being hunted by Steven Nell. And all Rory ever wanted was the truth. Even if it means learning that she can never go home again.

All right if you’ve made it this far, I’m going to assume we’re all on the same page, having read Shadowlands or decided that you’re never going to. So at the end of Shadowlands, Rory finds out she’s actually dead and stuck in limbo. In Hereafter, Rory tries to figure out what to do with her new “life”.

I liked Hereafter more than Shadowlands because it had an interesting take on the limbo idea…not that there are many books on the subject to begin with. The fact that limbo is a beautiful Martha’s Vineyard-like island, makes it even better.

We learned about the process of “ushering”, literally helping souls out of limbo and into their final destination. It’s during the process of ushering that we find out things aren’t what they seem.

The beauty of Juniper Point is beginning to fade and to get cracks in it. Something is very off in Limbo-land.

In typical Kate Brian fashion, the book snaps along, forcing you to turn page after page until you get to the crazy climax. And having read many of Brian’s other books, I would say this really takes the cake as far as that goes. I really felt how painful the twist was was Rory.

I’ll be expectantly waiting for the third book in the series!

Don’t forget to ask me a question for my upcoming video or if you want, volunteer to be a beta reader for my book!