After his wife, Helen, is brazenly abducted before his eyes, Special Agent Pendergast furiously pursues the kidnappers, chasing them across the country and into Mexico. But then, things go terribly, tragically wrong; the kidnappers escape; and a shattered Pendergast retreats to his New York apartment and shuts out the world.

But when a string of bizarre murders erupts across several Manhattan hotels-perpetrated by a boy who seems to have an almost psychic ability to elude capture-NYPD Lieutenant D’Agosta asks his friend Pendergast for help. Reluctant at first, Pendergast soon discovers that the killings are a message from his wife’s kidnappers. But why a message? And what does it mean?

When the kidnappers strike again at those closest to Pendergast, the FBI agent, filled anew with vengeful fury, sets out to track down and destroy those responsible. His journey takes him deep into the trackless forests of South America, where he ultimately finds himself face to face with an old evil that-rather than having been eradicated-is stirring anew… and with potentially world-altering consequences.

Confucius once said: “Before you embark on a journey of revenge, first dig two graves.” Pendergast is about to learn the hard way just how true those words still ring. 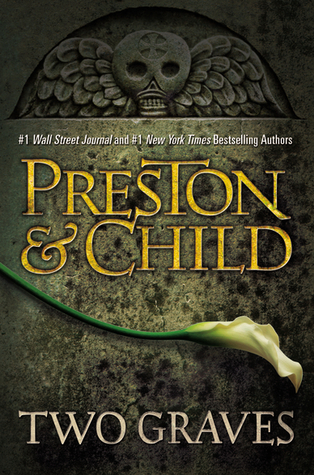 This is the concluding novel in the Helen sub-series and another great offering in the Pendergast saga.

This book had more of the same we can expect from a Preston & Child Pendergast novel: lots of action, mystery, gruesome crime, a borderline supernatural plot, and Pendergast’s uncanny deduction abilities. It also had an element I wish wasn’t there and I know many other readers of the series feel the same: The Helen sub-series was weak because we find it somehow improbable that such a cold, methodical, bizarre, intelligent man as Pendergast could have fallen victim to that crazy maddening sickness that plights us mere mortals: love.

It was all right that he had a dead wife. But a possibly alive wife as the Helen sub-series posited? Now we’re forced to deal with a Pendergast at odds with our perceptions of him: how does a Pendergast with a one true love, a soul mate, fit our picture of the FBI Special Agent we’ve been following around for twelve books? Not very well.

Not a bad book by any means, but glad the annoyance of Helen is over.

I read the next book in the series right after this one and I must say, the end of the Helen sub-series gets us right back in with Pendergast as we know him.

Check back for that review soon! I must say it’s the best Pendergast book of the past few years!

← Featured Poem: You Are the Poem
Exoskeleton, Published! →