I Know Why the Caged Bird Sings

Sent by their mother to live with their devout, self-sufficient grandmother in a small Southern town, Maya and her brother, Bailey, endure the ache of abandonment and the prejudice of the local “powhitetrash.” At eight years old and back at her mother’s side in St. Louis, Maya is attacked by a man many times her age—and has to live with the consequences for a lifetime. Years later, in San Francisco, Maya learns that love for herself, the kindness of others, her own strong spirit, and the ideas of great authors (“I met and fell in love with William Shakespeare”) will allow her to be free instead of imprisoned. 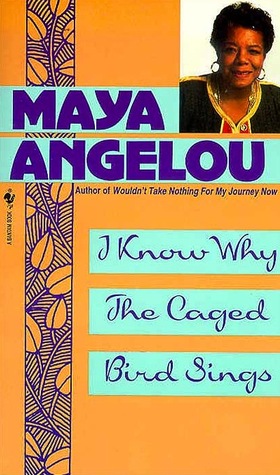 I first read I Know Why the Caged Bird Sings back in my freshman year of high school. I remember that, at the time, it was a somewhat of a scandalous choice because of it’s depiction of young Maya’s molestation and rape by an older man. That maybe fourteen-year-olds weren’t mature enough for its content. A look over a handful of my blog posts will reveal my thoughts on that. tl;dr the reading of children and young adults shouldn’t be censored.

I re-read it again for my book club recently.

I remember being really impressed by this book and liking it a lot the first time I read it. I didn’t feel that as much this time, but perhaps that’s because some of the magic has worn off. Re-reading it did remind me that I wanted to read the rest of Angelou’s memoirs at some point.

I Know Why the Caged Bird Sings is a quick and engrossing read. I wish it were longer though. It covers about sixteen years of Angelou’s life in only a few hundred pages. I especially would have liked to have seen even more of the Southern town and the store where she grew up.

One thing that was different for me about this reading experience, is that I lingered more on the last passages where she questions her sexuality because she thinks she “looks” like a lesbian and a more or less has sex to prove to herself that she’s heterosexual. This is quite a crazy line of thinking, but after all, teenagers have done worse. I don’t remember that section of the book and I don’t think I paid much attention to it the first time I read it. It seems gratifying in a way that Maya, such a revered and well-known author, could admit to acting so foolish. This felt like one of the most humanizing passages in the whole book.

← Featured Poem: I Was a Barking Dog
Under Dark Skies →