At the beginning of August, I went up to Big Bear Lake, CA for a quick weekend writing retreat with a friend. It was a somewhat spontaneous trip as we only decided to go a couple weeks prior.

My friend and I scored this tiny cabin pretty close to downtown and the lake. It was about the cutest thing I’ve ever seen. Maybe 300 square feet tops, it had a tiny kitchenette, living room, one bathroom, and a small bedroom. Outside, the owner of the property had installed a new firepit. Our cabin was called the John Muir cabin…so fitting for being in the great outdoors. 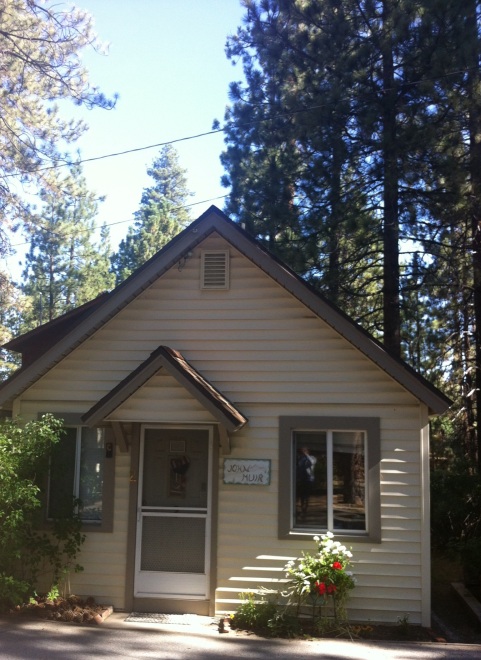 “When one tugs at a single thing in nature, he finds it attached to the rest of the world.”-John Muir

We drove up to Big Bear on a Friday night after work. Saturday morning, I woke up early and worked on the Tesla book (more info on that project here) before heading out on a hike. We headed up to Snow Summit, which is a ski resort in the winter, and tried to do the “Easy” hike. Whatever we did, it definitely wasn’t easy, but the views made it worth it.

Then it was back to the cabin for lunch and more writing.

In the middle of the afternoon, we went to High Tea at an adorable tea shop we found. We drank a pot of tea each and dined on little sandwiches and cakes and got to wear hats.

We spent the rest of the afternoon posted up at a coffee shop that served amazing tea. (It’s amazing I didn’t turn into a teabag isn’t it?) At sunset, we walked down to the lake to see the colors.

We had a late dinner in town before going to the store for s’more fixings. We made s’mores at the outdoor firepit by our cabin. 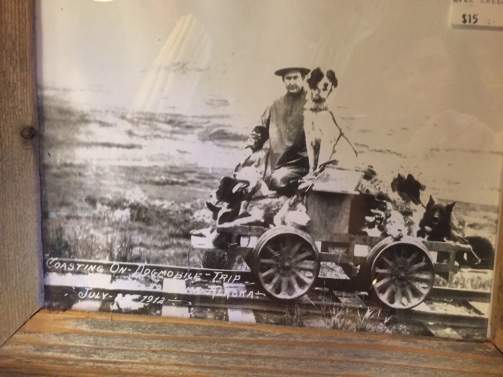 On Sunday, we explored the shops in Big Bear, which provided me with additional inspiration for my book! In one antique store, I found a series of pictures from the Old West…roughly around the same time period that my novel is set in. I also found an early camera from 1898! 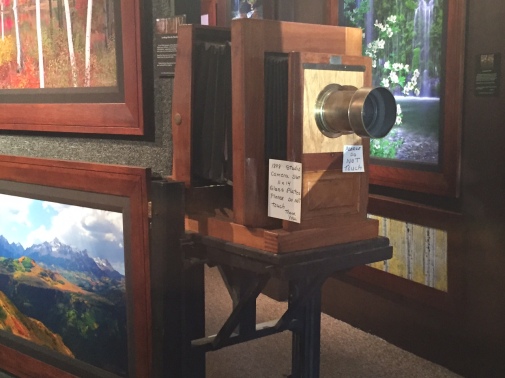 One of my goals for the weekend was to finish working on my Tesla book and I did! I woke up early Sunday morning and finished editing another draft.

Now it’s out for reader reviews. I’m so excited to have another book done.

Our trip to Big Bear made me think I should go on more of these mini retreats…I get so much done!

Have you or do you go on writing retreats? Is so, how often do you go?