The Girl on the Train by Paula Hawkins

EVERY DAY THE SAME
Rachel takes the same commuter train every morning and night. Every day she rattles down the track, flashes past a stretch of cozy suburban homes, and stops at the signal that allows her to daily watch the same couple breakfasting on their deck. She’s even started to feel like she knows them. Jess and Jason, she calls them. Their life—as she sees it—is perfect. Not unlike the life she recently lost.

UNTIL TODAY
And then she sees something shocking. It’s only a minute until the train moves on, but it’s enough. Now everything’s changed. Unable to keep it to herself, Rachel goes to the police. But is she really as unreliable as they say? Soon she is deeply entangled not only in the investigation but in the lives of everyone involved. Has she done more harm than good? 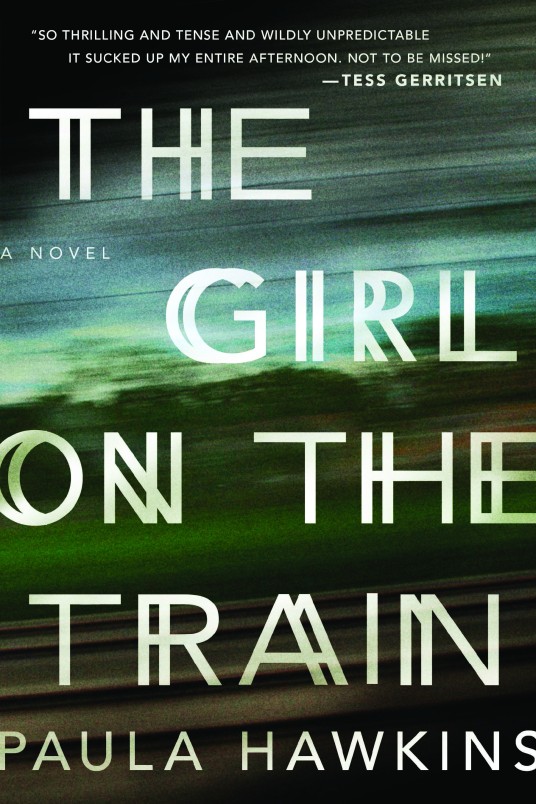 I have a weird OCD habit where I have to mark off where halfway is in the book I’m reading. I really don’t know why I’m so compelled. It usually doesn’t create an issue, except in this case where it revealed the fate of a character. And knowing the fate of that character without any context made me suspect all along that they were the one responsible for Megan’s disappearance. And sadly I was right. So most people talk about the big twist in this book, but for me, it wasn’t really a twist because I was already suspecting that.

Still, this was a great book. I read so much and so often that it really takes a lot for me to have that craving to finish a book. Because 99% of the time I read every night before bed even if it’s just a few pages. So since I know when I get to read the book next, the intervening time doesn’t bother me so much. But with this one it did. When I got to the middle of the book, I was irritated that I had to go to bed because I had work the next day. And then all day long I couldn’t wait to get home and read the rest of the book.

The concept of this thriller was unique in my opinion…Rachel, the narrator, riding the train back and forth to London and observing the people who live in this house. Until one day she sees something bad.

Rachel was a character I wanted to reach into the book and shake. An alcoholic and a person who has trouble leaving things alone, I constantly wanted to yell at her for being stupid. But she didn’t bother me all that much.

I liked that there were actually three narrators for this novel and all of them were women: Rachel, Megan, and Anna. And the three narratives work together to cast suspicion, remove suspicion, cast suspicion, and ultimately reveal the true suspect at the center of the investigation.

I’m planning to see the movie soon. I think Emily Blunt is a good choice for Rachel. Emily is pretty, but in a sort of unconventional way and she has a mournful face that is a good choice to play an alcoholic. I’m not familiar with the other actors and actresses, but am looking forward to seeing how this book was translated to film.

1 thought on “The Girl on the Train”