By Douglas Preston and Lincoln Child

A murder in the desolate salt marshes.

A seemingly straightforward private case turns out to be much more complicated-and sinister-than Special Agent A.X.L. Pendergast ever could have anticipated.

Pendergast, together with his ward Constance Greene, travels to the quaint seaside village of Exmouth, Massachusetts, to investigate the theft of a priceless wine collection. But inside the wine cellar, they find something considerably more disturbing: a bricked-up niche that once held a crumbling skeleton. 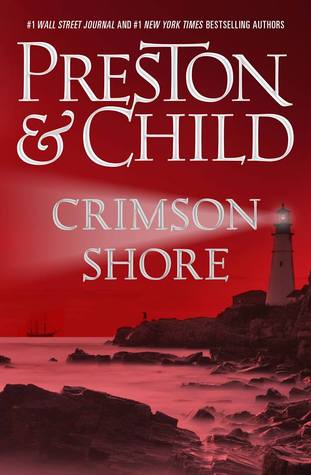 Pendergast is in as great of form as ever. Instead of the wide-spread cast of characters that can crop up in a Pendergast book, this book featured only Pendergast and Constance Greene.

Some reviewers mentioned that it felt like Preston & Child couldn’t decide which book to write, so they wrote both of them. Maybe there’s truth to that, but it was still a wildly thrilling wild filled with mystery, horror, new developments in Pendergast and Constance’s relationship, as well as the return of one character we all never wanted to see again, but secretly did…

I’ll be anxiously awaiting the next book!