‘Twas the night before Christmas, when all through the house
Not a creature was stirring, not even a mouse;
The stockings were hung by the chimney with care,
In hopes that St. Nicholas soon would be there;
The children were nestled all snug in their beds;
While visions of sugar-plums danced in their heads;
And mamma in her ‘kerchief, and I in my cap,
Had just settled our brains for a long winter’s nap,
When out on the lawn there arose such a clatter,
I sprang from my bed to see what was the matter.
Away to the window I flew like a flash,
Tore open the shutters and threw up the sash.
The moon on the breast of the new-fallen snow,
Gave a lustre of midday to objects below,
When what to my wondering eyes did appear,
But a miniature sleigh and eight tiny rein-deer,
With a little old driver so lively and quick,
I knew in a moment he must be St. Nick.
More rapid than eagles his coursers they came,
And he whistled, and shouted, and called them by name:
“Now, Dasher! now, Dancer! now Prancer and Vixen!
On, Comet! on, Cupid! on, Donner and Blitzen!
To the top of the porch! to the top of the wall!
Now dash away! dash away! dash away all!”
As leaves that before the wild hurricane fly,
When they meet with an obstacle, mount to the sky;
So up to the housetop the coursers they flew
With the sleigh full of toys, and St. Nicholas too—
And then, in a twinkling, I heard on the roof
The prancing and pawing of each little hoof.
As I drew in my head, and was turning around,
Down the chimney St. Nicholas came with a bound.
He was dressed all in fur, from his head to his foot,
And his clothes were all tarnished with ashes and soot;
A bundle of toys he had flung on his back,
And he looked like a pedler just opening his pack.
His eyes—how they twinkled! his dimples, how merry!
His cheeks were like roses, his nose like a cherry!
His droll little mouth was drawn up like a bow,
And the beard on his chin was as white as the snow;
The stump of a pipe he held tight in his teeth,
And the smoke, it encircled his head like a wreath;
He had a broad face and a little round belly
That shook when he laughed, like a bowl full of jelly.
He was chubby and plump, a right jolly old elf,
And I laughed when I saw him, in spite of myself;
A wink of his eye and a twist of his head
Soon gave me to know I had nothing to dread;
He spoke not a word, but went straight to his work,
And filled all the stockings; then turned with a jerk,
And laying his finger aside of his nose,
And giving a nod, up the chimney he rose;
He sprang to his sleigh, to his team gave a whistle,
And away they all flew like the down of a thistle.
But I heard him exclaim, ere he drove out of sight—
“Happy Christmas to all, and to all a good night!”

Merry Christmas to you and yours! For some reason, this poem by Robert Frost has developed an association with Christmas. Thus, I offer it to you and hope that it finds you happy and joyful.

Stopping by Woods on a Snowy Evening by Robert Frost

Whose woods these are I think I know.
His house is in the village though;
He will not see me stopping here
To watch his woods fill up with snow.
My little horse must think it queer
To stop without a farmhouse near
Between the woods and frozen lake
The darkest evening of the year.
He gives his harness bells a shake
To ask if there is some mistake.
The only other sound’s the sweep
Of easy wind and downy flake.
The woods are lovely, dark and deep.
But I have promises to keep,
And miles to go before I sleep,
And miles to go before I sleep.
December 21, 2012December 21, 2012 Shannon Fox

I wrote this story a few days ago, on the plane to Colorado. The idea actually came to me back in November, when I visited the display at Seattle’s Armory Center, but I just now got around to writing it. Hope you enjoy it and Merry Christmas to you and yours!

But his little sister, Marley, wanted to go. His parents had promised to take her, but now his dad was stuck over at grandma’s house, fixing the hot water heater. His mother was elbow deep in Christmas cookies, having gotten a late start after her car slid off the road into a snow drift on the way back from the grocery store. Joseph had walked the two miles to dig her out and in thanks, he was now forced to take Marley to the Christmas Village.

Marley was an okay kid most of the time. She was nine, which meant she was already showing glimpses of the pre-teen brat she would become. Like the Hulk, Marley could erupt into a full-on tantrum without warning.

As they entered the doors by the food court, a wall of sound immediately accosted his ears. His stomach turned at the smell of too much fried food in one place. A baby was howling, which was about what Joseph wanted to do, too.

Marley grabbed the sleeve of his coat and hauled him towards a dense knot of people, crowded near the edge of the tables. Joseph allowed himself to be propelled along behind her.

“Look at the train!” Marley cried, shoving herself between people to press her nose against the glass. Joseph nodded apologies to the people who shot them dirty looks.

The sheet of plexiglass only came up to his stomach. A large, plastic train chugged around the track on the outside of the display. Little kids could pay fifty cents to go into the “conductor’s booth” and take a turn driving it. A coating of glittery fluff lay over everything, giving the impression of new-fallen snow.

He hadn’t been to the display in several years. Joseph noticed some new structures in the village, along with some small, printed sheets of paper tacked up at intervals on the plexiglass.

“Let me use your phone,” Marley said.

Rolling her eyes dramatically, Marley held out her hand. “I want to take pictures.”

With a sigh, Joseph reached into his coat pocket and handed it over. Marley scuttled away, a triumphant smile on her face.

Joseph stared at the village. Someone had obviously put in a lot of work to make it. Which didn’t make it any less lame.

To his right, a couple and their two kids stepped away from the display. He slid over to take a look at what the small paper said. A brunette girl about his age was standing there, watching the train go around. Her red wool coat was still buttoned up to the top. Joseph gave her a brief smile.

Someone had devised a series of fake newspaper issues about the town and put them up around the display. The Daily Herald was printed on the top. He glanced at the date in the upper right-hand corner. December 19th, 1897. More than a hundred years ago. He squinted at the town again. There certainly wasn’t anything modern about it, but now that he really looked, it did look very turn-of-the-century.

Startled, he glanced over at her. “See what?”

She tapped a finger on the glass. Her gold nail polish was badly chipped. He looked beyond her hand to the article she was pointing to.

On Sunday, Mrs. Hendricks reported her dog, Max, missing. Please be on the lookout from a large sheep dog.

“The dog is missing,” explained the girl.

Joseph stared at her, not sure what he should say. She certainly didn’t look crazy.

“You know the article’s fake, right?” he asked.

She shrugged. “It’s fun to look, though.”

Joseph grunted and turned back to the display. But the girl wasn’t content to leave him alone.

“Brigitte,” she said, extending her hand.

He shook, tentatively. Her skin was cool and dry. “Joseph.”

She nodded to the display. “My favorite part is the ice skaters.”

Joseph peered between two buildings until he located the thick slab of plastic that amounted to a frozen pond. A few figures twirled around the ice, to the whirring sound of machinery.

“To be honest, I’m not really that into it. I’m only here because I had to take my sister.” He pointed at Marley, standing on the far side of the display. She held Joseph’s phone out in front of her as she took a picture.

He nodded, though he never thought of Marley that way.

“It was nice of you to do this for her.”

He felt himself flush a little. “My mom made me.” He glanced at Brigitte.

She gave him a wink. Her eyes were very dark blue and lined with thick black lashes, the combination of the two standing out against her very pale skin.

“Why don’t I know you?” he asked. “You must go to Silver Lake.” There was only one high school in the area and Brigitte really didn’t look old enough to have graduated.

Brigitte looked back at the display. “Marina Heights,” she said.

“But that’s across town.”

“You came all the way over here for this?”

A smile curled her lips. “You can’t put a price on something you enjoy.”

“But why this?” He gestured at the village, all wood and plastic and tiny trees and mounds of fake snow. “What’s so special about it?”

She took his hand. “Help me look for the dog.”

As they slowly moved around the outside of the display, he tried to really look at. With Brigitte’s hand closed in his, the snow glittered a little more. He noticed the tiny embroidery stitches on the clothes of the figurines. An owl roosted in the hayloft of the barn. A cow nudged her calf in the snow. The soft glow of embers shone from the blacksmith’s shop.

And the Christmas Village seemed just a little more magical.

As always, TTT is hosted by The Broke and The Bookish. This week’s theme is ten books I wouldn’t mind Santa bringing me. I already gave my parents a list for christmas/my birthday and when my mom saw the books she said, “That’s a lot of books. Why don’t you narrow it down?” At which point I told her the to-read list I keep on amazon is over 350 books long.

-One of the YA dystopian series I haven’t gotten around to starting yet.

-I just love stories that span centuries in time.

-I’ve been wanting to read this one since it first came out!

-This sounds right up my alley.

6) The White Forest by Adam McOmber

-I love books about secret societies.

7) The Games by Ted Kosmatka

-I really wish there were more thrillers out there that deal with the question of genetics. I’ve basically them all, but not this one.

8) The Aviary by Kathleen O’Dell

9) In the Courts of the Sun by Brian D’Amato

Have you read any of these?

The Forever War by Joe Haldeman 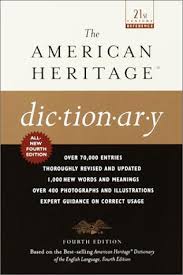