For those of you who don’t know, my birthday falls less than month after Christmas, on January 17th. Every year I make a combo Christmas/Birthday list in case anyone wants to get me anything. If you actually asked me what I wanted, I would probably stare at you like a deer in the headlights. It’s the same sort of syndrome that motivated me to start this blog. People would ask me to recommend books and I could never remember what I’d read and I kept recommending the same 2-3 books, while never feeling very confident that I actually liked them.

Turtles All the Way Down by John Green

Sixteen-year-old Aza never intended to pursue the mystery of fugitive billionaire Russell Pickett, but there’s a hundred-thousand-dollar reward at stake and her Best and Most Fearless Friend, Daisy, is eager to investigate. So together, they navigate the short distance and broad divides that separate them from Russell Pickett’s son, Davis.

Aza is trying. She is trying to be a good daughter, a good friend, a good student, and maybe even a good detective, while also living within the ever-tightening spiral of her own thoughts.

In his long-awaited return, John Green, the acclaimed, award-winning author of Looking for Alaska and The Fault in Our Stars, shares Aza’s story with shattering, unflinching clarity in this brilliant novel of love, resilience, and the power of lifelong friendship.

A Court of Thorns and Roses by Sarah J. Maas

When nineteen-year-old huntress Feyre kills a wolf in the woods, a beast-like creature arrives to demand retribution for it. Dragged to a treacherous magical land she only knows about from legends, Feyre discovers that her captor is not an animal, but Tamlin–one of the lethal, immortal faeries who once ruled their world.

As she dwells on his estate, her feelings for Tamlin transform from icy hostility into a fiery passion that burns through every lie and warning she’s been told about the beautiful, dangerous world of the Fae. But an ancient, wicked shadow over the faerie lands is growing, and Feyre must find a way to stop it . . . or doom Tamlin–and his world–forever.

In this final volume of the internationally celebrated MaddAddam trilogy, the Waterless Flood pandemic has wiped out most of the population. Toby is part of a small band of survivors, along with the Children of Crake: the gentle, bioengineered quasi-human species who will inherit this new earth.

As Toby explains their origins to the curious Crakers, her tales cohere into a luminous oral history that sets down humanity’s past—and points toward its future. Blending action, humor, romance, and an imagination at once dazzlingly inventive and grounded in a recognizable world, MaddAddam is vintage Atwood—a moving and dramatic conclusion to her epic work of speculative fiction.

Under Wildwood by Colin Meloy and Carson Ellis

Under Wildwood is the second book in the New York Times bestselling adventure series the Wildwood Chronicles from Colin Meloy, lead singer of the Decemberists, and Carson Ellis, the acclaimed illustrator of The Mysterious Benedict Society.

Ever since Prue McKeel returned home from the Impassable Wilderness after rescuing her brother from the malevolent Dowager Governess, life has been pretty dull. School holds no interest for her, and her new science teacher keeps getting on her case about her dismal test scores and daydreaming in class. Her mind is constantly returning to the verdant groves and sky-tall trees of Wildwood, where her friend Curtis still remains as a bandit-in-training.

But all is not well in that world. Dark assassins with mysterious motives conspire to settle the scores of an unknown client. A titan of industry employs inmates from his orphanage to work his machine shop, all the while obsessing over the exploitation of the Impassable Wilderness. And, in what will be their greatest challenge yet, Prue and Curtis are thrown together again to save themselves and the lives of their friends, and to bring unity to a divided country. But in order to do that, they must go under Wildwood.

The White Mirror by Elsa Hart

In The White Mirror, the follow-up to Elsa Hart’s critically acclaimed debut, Jade Dragon Mountain, Li Du, an imperial librarian and former exile in 18th century China, is now an independent traveler. He is journeying with a trade caravan bound for Lhasa when a detour brings them to a valley hidden between mountain passes. On the icy planks of a wooden bridge, a monk sits in contemplation. Closer inspection reveals that the monk is dead, apparently of a self-inflicted wound. His robes are rent, revealing a strange symbol painted on his chest.

When the rain turns to snow, the caravan is forced to seek hospitality from the local lord while they wait for the storm to pass. The dead monk, Li Du soon learns, was a reclusive painter. According to the family, his bizarre suicide is not surprising, given his obsession with the demon world. But Li Du is convinced that all is not as it seems. Why did the caravan leader detour to this particular valley? Why does the lord’s heir sleep in the barn like a servant? And who is the mysterious woman traveling through the mountain wilds?

Trapped in the snow, surrounded by secrets and an unexplained grief that haunts the manor, Li Du cannot distract himself from memories he’s tried to leave behind. As he discovers irrefutable evidence of the painter’s murder and pieces together the dark circumstances of his death, Li Du must face the reason he will not go home and, ultimately, the reason why he must. 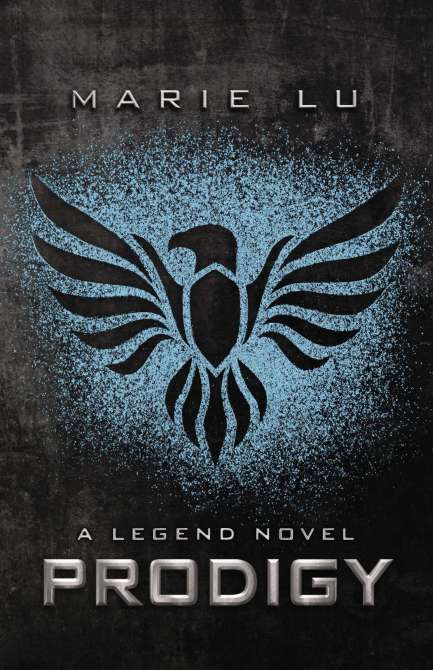 June and Day arrive in Vegas just as the unthinkable happens: the Elector Primo dies, and his son Anden takes his place. With the Republic edging closer to chaos, the two join a group of Patriot rebels eager to help Day rescue his brother and offer passage to the Colonies. They have only one request—June and Day must assassinate the new Elector.

It’s their chance to change the nation, to give voice to a people silenced for too long.

But as June realizes this Elector is nothing like his father, she’s haunted by the choice ahead. What if Anden is a new beginning? What if revolution must be more than loss and vengeance, anger and blood—what if the Patriots are wrong? 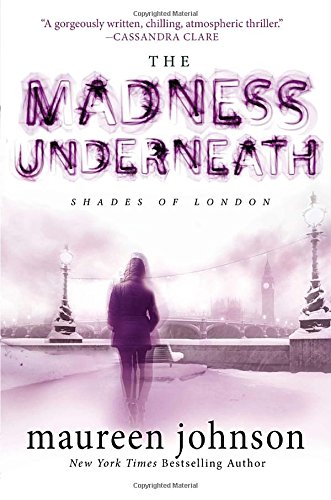 The Madness Underneath by Maureen Johnson

A new threat haunts the streets of London…
Rory Deveaux has changed in ways she never could have imagined since moving to London and beginning a new life at boarding school. As if her newfound ability to see ghosts hadn’t complicated her life enough, Rory’s recent brush with the Jack the Ripper copycat has left her with an even more unusual and intense power. Now, a new string of inexplicable deaths is threatening London, and Rory has evidence that they are no coincidence. Something sinister is going on, and it is up to her to convince the city’s secret ghost-policing squad to listen before it’s too late.

The unforgettable New York Times best seller begins with the story of two half-sisters, separated by forces beyond their control: one sold into slavery, the other married to a British slaver. Written with tremendous sweep and power, Homegoing traces the generations of family who follow, as their destinies lead them through two continents and three hundred years of history, each life indeliably drawn, as the legacy of slavery is fully revealed in light of the present day.

Effia and Esi are born into different villages in eighteenth-century Ghana. Effia is married off to an Englishman and lives in comfort in the palatial rooms of Cape Coast Castle. Unbeknownst to Effia, her sister, Esi, is imprisoned beneath her in the castle’s dungeons, sold with thousands of others into the Gold Coast’s booming slave trade, and shipped off to America, where her children and grandchildren will be raised in slavery. One thread of Homegoing follows Effia’s descendants through centuries of warfare in Ghana, as the Fante and Asante nations wrestle with the slave trade and British colonization. The other thread follows Esi and her children into America. From the plantations of the South to the Civil War and the Great Migration, from the coal mines of Pratt City, Alabama, to the jazz clubs and dope houses of twentieth-century Harlem, right up through the present day, Homegoing makes history visceral, and captures, with singular and stunning immediacy, how the memory of captivity came to be inscribed in the soul of a nation.

A Darker Shade of Magic by V.E. Schwab

Kell is one of the last Antari—magicians with a rare, coveted ability to travel between parallel Londons; Red, Grey, White, and, once upon a time, Black.

Kell was raised in Arnes—Red London—and officially serves the Maresh Empire as an ambassador, traveling between the frequent bloody regime changes in White London and the court of George III in the dullest of Londons, the one without any magic left to see.

Unofficially, Kell is a smuggler, servicing people willing to pay for even the smallest glimpses of a world they’ll never see. It’s a defiant hobby with dangerous consequences, which Kell is now seeing firsthand.

After an exchange goes awry, Kell escapes to Grey London and runs into Delilah Bard, a cut-purse with lofty aspirations. She first robs him, then saves him from a deadly enemy, and finally forces Kell to spirit her to another world for a proper adventure.

Now perilous magic is afoot, and treachery lurks at every turn. To save all of the worlds, they’ll first need to stay alive.

What books are you hoping Santa leaves under the tree for you? Leave me a comment below!